Marcin's transformation from homeless to thriving 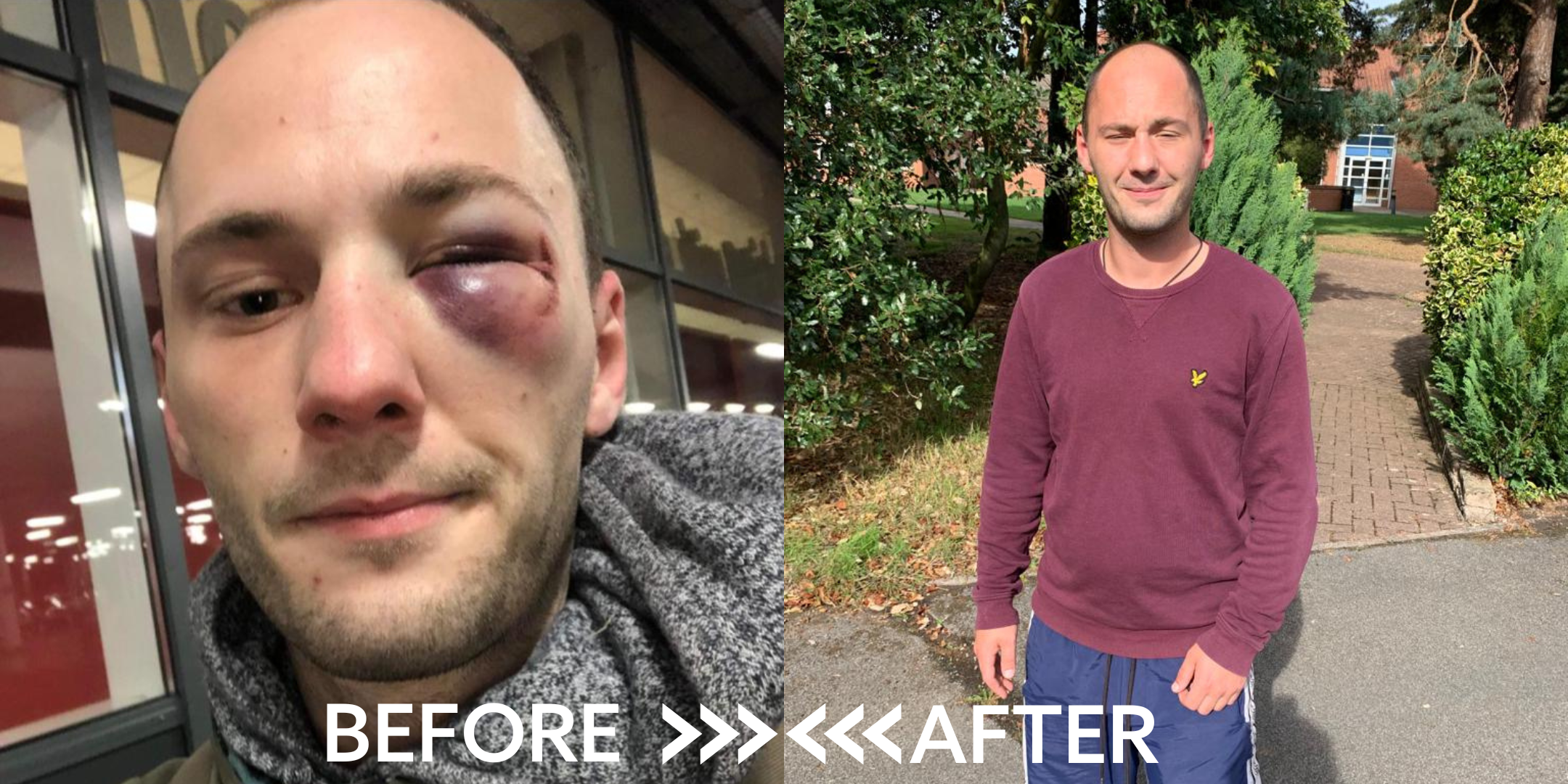 Marcin Borak is from Poland, where he grew up. Sadly, his dad died of cancer when he was just 6 years old. The next male figure in his life was an alcoholic and very abusive step dad. His family moved to England when he was 10. He struggled with the language and fitting in for a long time.
By the time he reached 16 he had settled in a little and had a girlfriend of the same age. Tragically, she committed suicide.
This trauma led him to go off the rails for many years. He sank into drugs and crime and homelessness.

At our Mattersey Hall Training Centre, as part of the diversity of the training, we teach social care and also provide practical social care they become part of. Two students went to go and volunteer at a local food bank, when Marcin came in. One of the students, Lynn, felt for him, gave him food, told him about Jesus and prayed over him. He kept coming back over many weeks. One day Darren (COO of Mattersey) went and met him. He invited Marcin to church. He came and gave his life to Jesus that day. He was going back to the squat where he was living, but everyone agreed they should go and pick him up and bring him back to give him a bed and place at Mattersey there and then.

He’s not looked back!

This was 6 months ago and he’s been involved ever since.
Darren has seen him thrive, “He’s a joy to have around the place. He goes back and volunteers  all day on a Tuesday at the church with the food bank and a cafe. He’s growing in his faith. He volunteers once a week as a support worker with Green Pastures partner, Hope House in Chesterfield. A truly amazing transformation.”

Mattersey are able to be creative with their spaces and placements. Click here for more information about our Mattersey Hall Training.