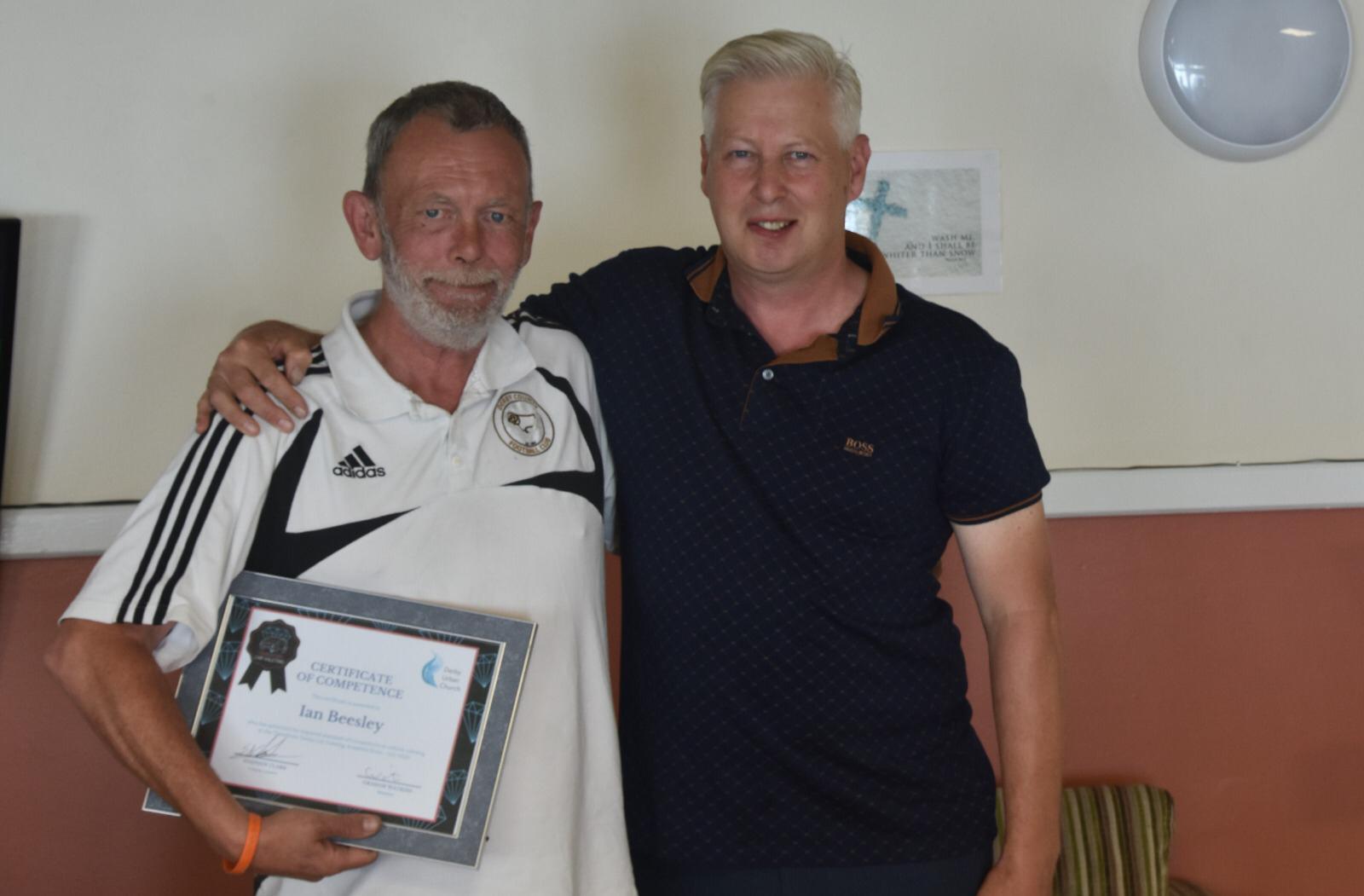 Notorious in the community for all the wrong reasons, when Green Pastures purchased the abandoned, homeless hostel they had a dream and vision of turning it all around. Each room told a story. There was blood on the walls, the smell of death lingering in the hallways and the whole atmosphere was hostile and oppressive. Everywhere you looked, said "you're a thug",  "you have no identity". It was like a prison and if that's what you're saying to people that's what they become. But each person is valuable, treasured and unique, loved by God who restores lives and transforms hearts. The hope that was carried by Green Pastures to bring life and turn lives around burned brightly and they got to work, changing the very bones of the hostel, to transform it into a welcoming home. Now it looks different, it smells different and the culture was changed day by day.

A few months ago Sonia, our GP Derby Manager, was contacted by a local church who wanted to support and encourage new ways of doing and being church and new ministries to reach out and support people, especially those on the margins of society. For a long while they had been committed to supporting people who are homeless, those who are coming out of addiction, or who have a criminal record, and who are now looking to move forward in their lives. Sonia looked at their business plan of providing training in high-end car valeting and agreed to accommodate their first training school at Green Pastures. She was thinking that if just one resident made it through the course that would be a bonus.  Like many of our Partners, thinking about adding something new to the already busy day can feel overwhelming and tempting to turn down. Many of the residents hadn’t engaged in anything so far and there was no indication that they would.

Imagine the surprise when 6 residents signed up.

As the course began, it was a learning process but the trainer, Steve Clark, understood that participants were at different stages and had different aims. He worked with the lads to get the best results; those who can't focus for longer than a few minutes at a time, those who find it difficult to commit to two days a week and those who just live with the thoughts that they can't do anything outside of addiction or mental health.

The confidence of both the residents and trainer skyrocketed. Here were men who had been previously homeless, some from prison, some had been in truly terrible situations, none of them were currently in employment, now all learning new skills and techniques to see what began as a dirty car, transform to gleaming inside and out.

The whole experience has been absolutely wonderful for all involved. Steve, the trainer said  “It's been the best thing I’ve done in my entire life.”

The second phase of the plan was to set up a social enterprise with a small team of people who have completed the course who are happy to continue their involvement and, with this in mind, the Transform Car Valeting applied to Cinnamon Network Incubator Competition and were shortlisted as finalists for the completion.

This was a great experience for the lads as along with the trainers, they were invited to London for the final that took place on the 5th October.  Someone kindly purchased their train tickets and off they went. Two of the residents had never even been on a train before and it was great to make the journey and celebrate their achievements.

The second training academy has now been delivered and in total there have been 10 residents who have completed the training. They have been presented with a framed certificate and a reference letter that they can use when applying for jobs in the future.

As plans for the next course progress, the training will start to be offered to others outside of Green Pastures, giving opportunities to even more people in the area.

A place that was once known for terrible atrocities has been redeemed. As the residents clean the cars, it’s a reminder of what God is in the business of doing, taking messed up lives and making them new again. There’s a new sense of purpose, a new sense of confidence and a deep knowledge that the future is bright when you trust in the Lord.

We are thankful to all our investors who make all of this possible. To find out how your investment can make a difference in the lives of those who are homeless, click here for all the details.